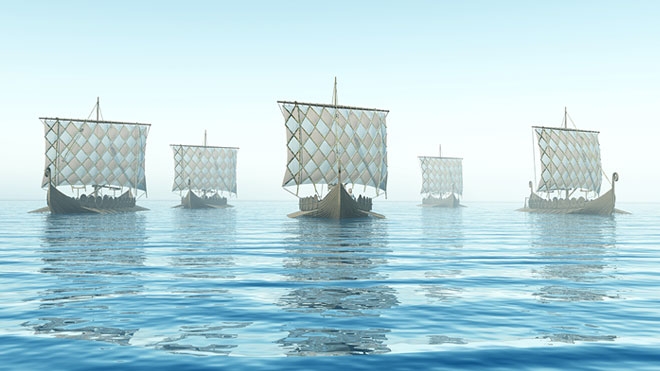 How Lent Inspired Exploration of the World’s Oceans

We all learned in history class how seafaring explorers pushed themselves past their fear of the unknown, over the horizon and into uncharted waters. Most were in search of territories to claim on behalf of their sovereigns, or out to conquer their enemies, or they had run out of enemies altogether and needed to find some new ones. But what we didn’t learn in school was the role the noble codfish played in early oceanic exploration.

Lent is a solemn season. One of reflection and penance. It’s the penance part that determined no meat was to be consumed during the 40 days of fasting. Meat was regarded as a luxury and indulgence. To eat it during Lent would be akin to dancing on the Lord’s grave. Basically, the rule of thumb was no warm-blooded animals or byproducts of warm-blooded animals such as eggs, milk and cheese. However, for all but the most orthodox observers, cold-blooded creatures were permissible — snakes, alligators, frogs and fish. Most took a pass on the reptiles. According to Thomas Aquinas, "[Meat, eggs and dairy] afford greater pleasure as food [than fish], and greater nourishment to the human body.” Obviously no one knew about Omega-3’s back then. And since Matlaw’s and our delicious seafood was still 1,959 years away, fish was regarded as an acceptable victual for those who wanted to acknowledge the suffering of Christ through taste bud deprivation.

Before the turn of the first millennium, the devout ate herring during Lent. It was plentiful and easy to catch and, in keeping with the objectives of Lent, it tasted awful when dried and preserved. (During medieval times, fish had to be dried and preserved in order to reach diners before spoiling.) Then someone dried some cod jerky instead and suddenly, eating fish for Lent was not so bad. In fact, it was delicious. Even dried, cod was tasty, firm and meaty. Thus the demand for cod began to skyrocket during Lent and compelled the more intrepid fishermen of the world to range farther and farther in search of new fishing grounds. From Iceland, to Greenland to Newfoundland, turn-of-the-first-millennium Viking and European vessels pioneered the Cod Trail and in doing so, charted the North Atlantic – pulling in boatloads of the big, slow fish as they went.

Of course today our customers don’t need a religious holiday to enjoy our Jalapeno Cod tenders, Pubstyle breaded Cod and our fresh frozen Cod fillets. Just remember that if you do eat them during Lent, they’re sweet, tender and delicious. So you won’t exactly be depriving yourself.